It’s not a great name, but it’s what I used to call it.

I was talking to a friend the other day who, whilst a fairly accomplished nightgamer is just really starting out with daygame. He mentioned that he sometimes goes out and only does a couple of sets then heads home, running out of time or his AA getting the better of him.

Bad strategy. I explained that at his very early stage of daygame it’s better to do zero sets than just a couple. You have to do over five. Why? Because with less than a few hundred sets beneath your belt (at least) you’ll probably be crippled with AA (Approach Anxiety) and unless you’re with a good wing or on a bootcamp, daygame will seem very unpleasant. When I was miserably grinding through my first few hundred sets I found that in any given session the first five sets were absolutely horrible. I’d feel like I was being tortured. It was not fun. It was…upsetting and horrible and completely nerve-wracking. My stomach would be churning and I’d be fidgetting and chuntering to myself to self motivate. Why? Because of forebrain to hindbrain cognitive dissonance. My forebrain, the logical part of my mind, had intellectually decided it wanted to engage in the long process of getting results from daygame. However my hindbrain, the primitive engine of habit sitting nearer my nerve stem, wanted me to do nothing new and unusual which caused discomfort. Pitching your forebrain against your hindbrain is an exhausting and distressing endeavour.

Sometimes I’d have to walk up and down for ages, willing and forcing myself to have the nerve to do an approach. But what would happen is that after I’d done about five approaches I’d swing to the other end of the spectrum and suddenly be high on state: I’d be loving it. The next five would feel magical. All my AA would disappear and I’d be running round feeling liberated and just running up to any girl I liked and saying anything, and usually getting great responses. I’d then head home buzzing. 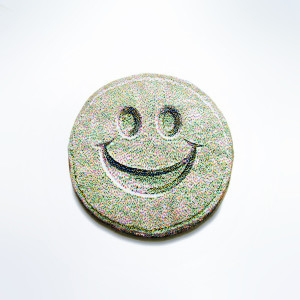 However the next week when it came time to go out again my brain would try and forget that those last five had been wonderful and I’d just be faced with how I felt right there and then: the stomach churning dread of cognitive dissonance: your forebrain wants daygame results, your hindbrain hates doing the work. I’d keep reminding myself “only the first five are horrible, you have to just swallow this poison pill and there you go.. you’ll get the absolute joy of the next five approaches”. I’d tell myself this again and again as I’d crank out five stilted and fear ridden approaches.. mumbling something to a girl and then pop! I’d be in state. I’d do a few more, usually three to five before the state wore off and then I’d head home. Often I’d fail, and just give up and head home, feeling as shit as my friend often does.

The Poison-Pill plan is not a long term strategy: it’s specific to something people go through in their first hundred or so sets when they’re riddled with AA. The other side of AA is state and while you’re crippled with AA you really should be cashing in on the flip-side of it: easy access to state. The worst thing to do is to go out and just do a few sets, feel bloody horrible and then head home before you crest that hill and at least get one or two high-state, post-AA sets in. All that will happen is that each daygame session will constantly reinforce that daygame is horrible and unpleasant and that you should cease this charade, which is the opposite effect to the one you want a daygame session to have.

Eventually you encounter a whole new problem: the AA starts to diminsh but now you can’t seem to “get in state” anymore. Worry about it when it happens.. it’s a sign of progress.

« Approachathon…. halted! » Get any girl any time!