It’s March. Me and Krauser have been out for the day strolling round town. Late afternoon, around 4ish, we’ve reached Trafalgar Square. I’m tired and feeling like calling it a day. Krauser points out a girl in the distance: tall, leggy and with skin-tight black leggings on displaying an amazing ass: like someone dipped a pair of melons in ink. 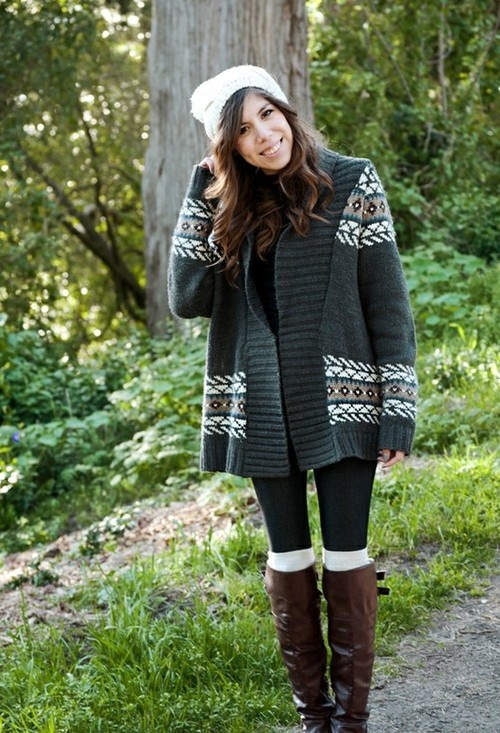 About half a point lower than this, dressed almost the same, but…. 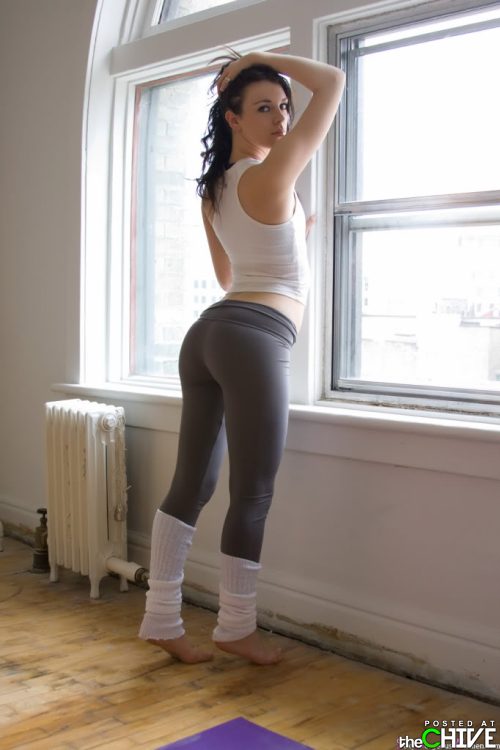 I can kind of see the side of her face and she looks asian, hot and snooty: probably American and thus a sexless simulacra of woman. All great reasons to weasel from expending thirty seconds of energy. I open my mouth to weasel and then the ass just cries out to me… I realize that the one in a hundred chance of getting my hands on that thing is absolutely worth thirty seconds of work and potential fleeting humiliation.Fuck it. I start the funny little jog across to her.

My inner game goes flakey en route. This girl is so hot… too hot for me… right? I weasel the direct stop and kind of just loiter near her. In normal circumstances this would be the end of the set. However this girl kind of loiters near me and flicks her eyes to me and away: an IOI. This is a warm approach and it sweeps all my weaseling away.

“Hey there… I noticed you strolling by and you’re very graceful when you walk…but you do realize your hat kinds of looks like a marshmallow”.

I’m a little stuttery and nervous but it hooks. We make small talk for a few minutes. Really, just nothing but chit chat. All lame stuff that would normally be set-death. Where are you from? Do you like London? I discover she’s an American tourist….

doing a tour round Europe….

as a last hurrah before starting her Masters course

After a few minutes I get that weird feeling, as if I was a piece of toast being slowly lowered into warm butter, and I just know the set needs to move to idate. I suggest grabbing a coffee for five minutes. “How about a beer instead?” she asks and it’s all I can do to not whoop and cheer and punch the air in glee. I walk her across to the pub and text Krauser “idate. pub”.

In the pub we sit on stools next to each other and I get a few beers. I run comfort for all of fifteen minutes, dropping quick drive-by DHVs about my family, where I’m from, why I was out today etc. I also get her logistics off her and they seem good. Finally I casually blow her mind by talking about her field of expertise (physiotherapy) and discussing a few concepts with her at a level so deep she has to struggle to keep up. At some point I make an excuse to play with her hands, commenting that they’re strong from her job or something, then press my hands flat against them for comparison. Compliance test passed. Kino accepted. Physical escalation begun.

This is where it happens. I’m sitting in the pub, with this hot girl in front of me. She’s leaning in. I feel genuine lust for her. Then the little chode voice in my head says:

Mate, forget it. She’s wasting your time. She’s a typical girl: she’s bored, she wants someone to entertain her for ten minutes and you’re just the chump that’s doing it this time. You got tooled again.

I pause for a second, and then to my suprise a new voice chimes in:

Stop weaseling. You knew deep down damn well that this girl fancied you the minute she looked at you. She’s now made an excuse to drink alcohol with you and she is leaning in and staring at you. This girl fancies you. I have an idea: let’s just act like THIS IS TRUE and screw the consequences.

I make the leap. Ok then, let’s do it that way then.

I make the leap. “Ok then” I think. And I realize: I want this. I REALLY WANT THIS. I’ve been hearing about this sort of thing for a long time now and been feeling impotent jealousy. Now I have a whiff and I WANT SOME. I have what is known as drive and I simultaneously realize:

a) I never had it strong enough before

b) You need relentless drive to make this happen

I quickly tease her by painting a sketch of her as the clean-cut asian-american girl constrained in a prison of conformity and expectation all her life. She bites hard and denies it, even thought we both know it’s brutally true.  Good. That’s my lead.

“What’s the most debauched thing you’ve ever done?” I ask her.

She comes out with some lame crap about kissing a guy at a party. I tell her it’s lame. My skin is starting to prickle. I’m getting hot under the collar. I’m going to unload one of My Stories on her.

I start The Story. I won’t write it here, it’s too long. But the gist of it is, and it’s all true, that when I was 24 I went to my cousin’s Christmas fancy dress party dressed as Napoleon. At the party all the women were over 30 bar his babysitter who was 17, hot as hell and dressed as the ice queen of Narnia. Seriously. Now I was an utter, total one hundred percent chode who not only had zero game but had full Antigame as well. However, that night I got drunk and decide to just be rude and unpleasant to this girl to take out my frustrations on women. I accidentally do classic, perfect Mystery Method game on this girl. The end result is I unwittingly escalate her and spike her BT so high that she drags me upstairs into the bedroom of the kid she babysits (he’s not there) and proceeds to rape me senseless and force me to commit depraved sex acts on her.

It’s a great story. I wind it up slowly, really enjoying describing my chodiness and the accidental game that I do on the girl. We get to the bits about kissing, fondling the girls tits, putting her hand on my cock and I’m looking this girl right in the eye as I’m telling this story. Around this point I tell her her hair is gorgeous and I stroke a strand of it near her cheek. She accepts the kino. Time seems to have slowed down and there’s an awful elastic tension in the air. Later on, much later, she tells me that “the point you looked me in the face and told me that story about fucking that girl was the point I knew you could fuck me”. I continue with the story, describing the sex to her. The story ends. I can’t believe I’m doing this. I reach forward and cup my hand behind her head then pull her in and kiss her.

She accepts. It’s sensuous. I stroke her hair. It’s sexual. I pull her body in and she flops against me. Later I will realize this is The Flop Test and she just passed it. This girl is actually wanting to fuck me. Total time elapsed since opening her.. around thirty minutes.

I push her away and say something like “well I didn’t expect that today”. Something Tony T once told me pops into my mind: to remove LMR say what you think the girl is planning to say before she gets a chance to say it. I deliberately change the subject to something ridiculously chodey and make her laugh. We chat a little more then the eye contact builds to spazz point then we make out again.

I realise with disbelief that I’m going to attempt to bounce this girl and fuck her RIGHT NOW. We extract. I flag down a cab and give the location of her hotel. En route I distract her by talking. In actual fact I’ve done the wrong thing as me blabbing on gives her plenty of time to think. I should have got her talking: pure forebrain stuff. By the time we get there she’s wigged out just a little and worried her tour group will have put another person in her room and she’s starting to worry about meeting her tour group. Social pressure.

I drag her into a pub nearby for a pint. We snog some more. To my despair I find out she doesn’t have a mobile phone. I tell her to meet me at the same lion in Trafalgar Square at 9pm and we swap emails. I walk off coolly and round the corner have a weird spazz out on the street. With shaking hands I ring Krauser and hysterically babble the whole story to him. “If she turns up she’ll fuck” he sagely comments. I head into town to wait.