Get any girl any time! 4

A newbie mistake in game is to assume that all girls are fuckable at any time given the right moves and the correct application of secret PUA powers. I sitting on the train reading that bit in The Game where Style goes to a PUA conference and two girls accidentally walk in on the crowds of PUAs and supposedly twenty seconds later Zan Hypno or someone or other has one ‘swooning in his arms’. I closed the book and looked around me at the pretty girls (I wasn’t in Newcastle) and thought “wow… there are guys in the world that could take that girl over there and in an hour or so fuck her, or take that other girl over there and get her on a date and fuck her too”. I really thought that any girl was fuckable.

My reasoning was flawed because I applied a false algebra to the situation. First off I worked out what the supreme, the most amazing sexual powers with women would be, which is what I’ve just described: the ability to fuck any woman at any time. I then backwards rationalized that the men in the world who were the best with women must by deduction be capable of the greatest achievement with women possible, ergo the best guys in the world with women could just do what I’ve described. 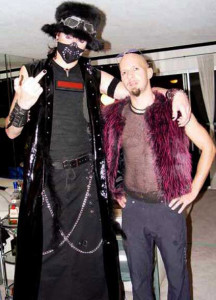 All girls are simply not fuckable all the time. Not for their number one obsessive crush, not for George Clooney, not for anyone. One of the open secrets I discovered in game is that game isn’t about getting a specific girl it’s about learning to scan and filter women, find the pool of ‘gettable’ women and then working them and seeing which ones respond to you. This is the essence of the game of most of the top players that I’ve met, in particular their club game: parade round, scan for IOIs then act, escalate, filter and extract. When PUAs say that game is about reversing the natural order of things: “she picks”, into a “he picks” strategy which cheats women of their natural selection rights what they mean is that they first find all the women that do pick them, then they pick from amongst this pool.

I’m not throwing the baby out with the bathwater here though, I’m not saying there aren’t patterns to game which are exploitable and types of girls where the typology helps with strategy selection, there most certainly are. As you do more game and more dates your calibration jigsaw slowly fills in and now and again you’ll be on a date and think “oh!…. one of these again”. You’ll then riffle through your mental rollerdeck of game and pull out the appropriate card for her type. Which of course may be “unfuckable”. Hopefully it isn’t, though, and you’ll know roughly the steps you need to take to unlock this particular puzzle of femaleness.

Racking up the dates over the years, meeting all different types of women and filling in that calibration jigsaw is a delight. Each time you go on a date, fail, reflect and deconstruct where the girl was at and what you did a part of the great mystery of the mating game fills in. For me it feels like giving my former chode self, who regarded the whole concept of dates as a mystical black-box, a well-deserved slap in the face. 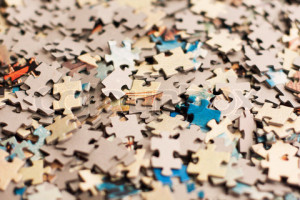