I always thought quitting my job and doing nothing would be idyllic. Ever since I started my career in my early 20s I hated it. For me it was a non-stop battle against fatigue, sleep-deprivation, boredom, annoyance and stress. For most of my working life I’ve had to sacrifice sleep or mental state: I’ve simply never had enough time to mentally unwind and to get enough sleep. I was very aware of the sensation of the slow and endless draining of all energy and life out of me. I couldn’t understand how everyone didn’t hate their jobs too. After a few years of working I realised that it never actually got any better; the magic state of contentment would never arrive. I endlessly fantasised about quitting and having a life of idleness, sitting on a hammock on a beach doing nothing. I constantly fantasised about various passive income schemes or of inheriting a few hundred grand off a mystery dead aunt and living off the interest.

Fast forward ten years or so and finally I earned enough to save enough to make taking time out of work a reality. I did so and the results were shocking: I wasn’t as happy as expected. After some thought I would like to propose that the two main enemies to one taking a sabbatical and being content are as follows:

When I began my first sabbatical it took me a few months to realize something was up. I had a gnawing sense of unease. I’d be fidgety and distracted. I’d have bad dreams and sometimes wake in the night. Every now and then I’d get periods of strong anxiety. Only with the power of hindsight do I realize what was happening: guilt. I simply never expected to feel guilty for not working but boy was I wrong. As a generic blue-pill chode I had been conditioned for literally decades to work. As men as soon as we can walk and talk we are conditioned into working and producing. Or should I say ‘over producing’. From as early as I can remember I was told to work hard at school so that I could do well and get a good job. This was explained to me a prerequisite of getting married and raising a family. Everyone else I know in the UK who is male and of my generation was raised the same:

This is what women fail to acknowledge regarding men’s careers. They fail to acknowledge it because doing so does not benefit them (solipsism) and they are not taught the concepts involved (feminism). What they fail to understand is that one of the reasons men work so hard and on average end up earning more is because their jobs are harder and more intellectually demanding and provide less emotional payout than female-typical careers. The reason men do these jobs is because they have been conditioned since the age they could talk that they need to earn and provide for a wife and children. Now feminism turns this very fact against men and represents the ultimate treachery.

This conditioning is a wonderful system to build a society when it is applied on a macro scale; I’m not denying that, all I’m saying is that this is a hell of a lot of conditioning to fight against.

But conditioning can be deconditioned. How did I do it? Thousands of hours of cogitation and discussion around economics, feminism and the usual Manosphere topics. Deep inner game and ego-shattering, scary opinion-rebasing. I’ve taken the red pill all right and now I’d like to think my guilt complex is well on the retreat. 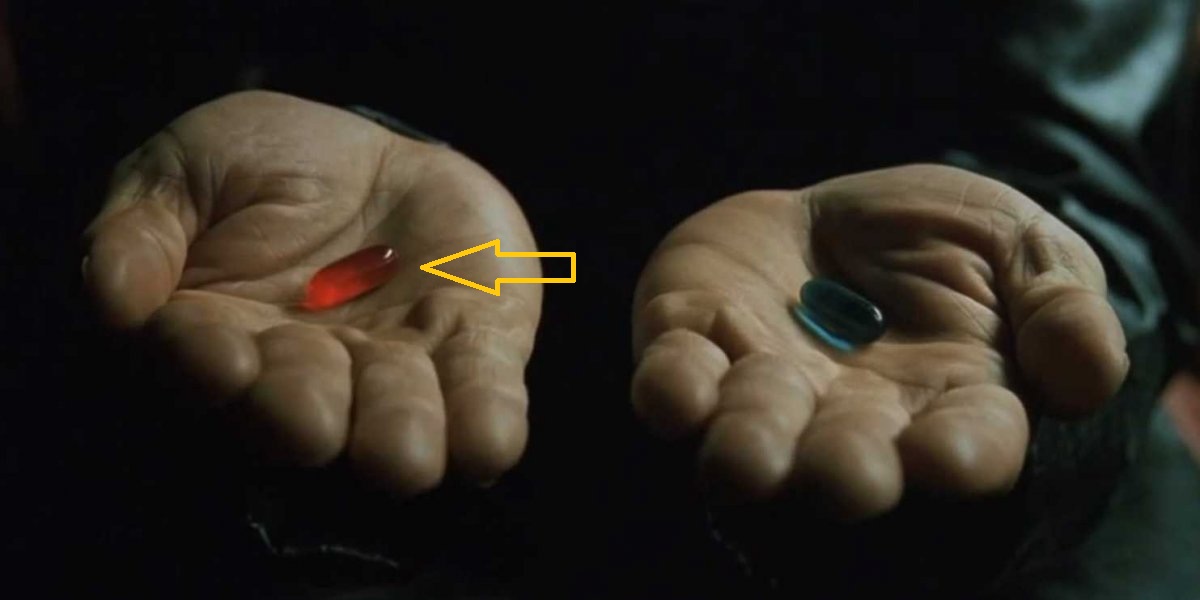 To alleviate symptoms of guilt take once per life.

Structure
Why do people get out of bed like clockwork at 7am to go to work? Is it because they want to? Usually not. It’s because they have to and they know that if they didn’t they’d be fired. The second thing I noticed when I took a sabbatical was how much of my former discipline had been because of fear, because of ‘push’ not ‘pull’. Once the fear of losing my job was not behind me I started to achieve less and less per day and to become noticeably more woppy in my habits. Again, I found conditioning was to blame. What had happened is that during my career jobs I’d quickly stopped doing anything out of passion for the job (there was none) and instead acting out of fear. Once I was in a situation without any fear to drive me I found that the mental circuits to become motivated by passion had long since become very rusty indeed. My job had also conditioned me in a very, very sinister way:

I literally struggled to do anything productive because my hindbrain simply linked the same stimulus (productive activity) to the same likely response (misery) as it expected. Blue pill careers achieve a double-whammy: The very careers which eat up the best years of your life and sap all your energy condition you to find it very difficult to enjoy your life if you give it up!

This too could be overcome. In my second and third sabbatical I brute forced myself into starting to study and upate my skills. I started to realise that the more structure and the more ‘personal project’ type work I did the happier I was. A week of lying in a hammock watching cartoons produced less net happiness than a week of working like a demon on a project then finally kicking back for a few hours Sunday night with a movie and a cocktail.

I’ve a lot of friends who over the last few years have had time outside of traditional careers and I’ve learned a lot by watching them. Without a doubt the way to be the most content when not working for the man…. is to work. You have to have a project and you have to have structure in your life*. Relaxation is relative and it is relative to work. In typical Bodi fashion I felt the need to coin a ridiculous term for this technique: 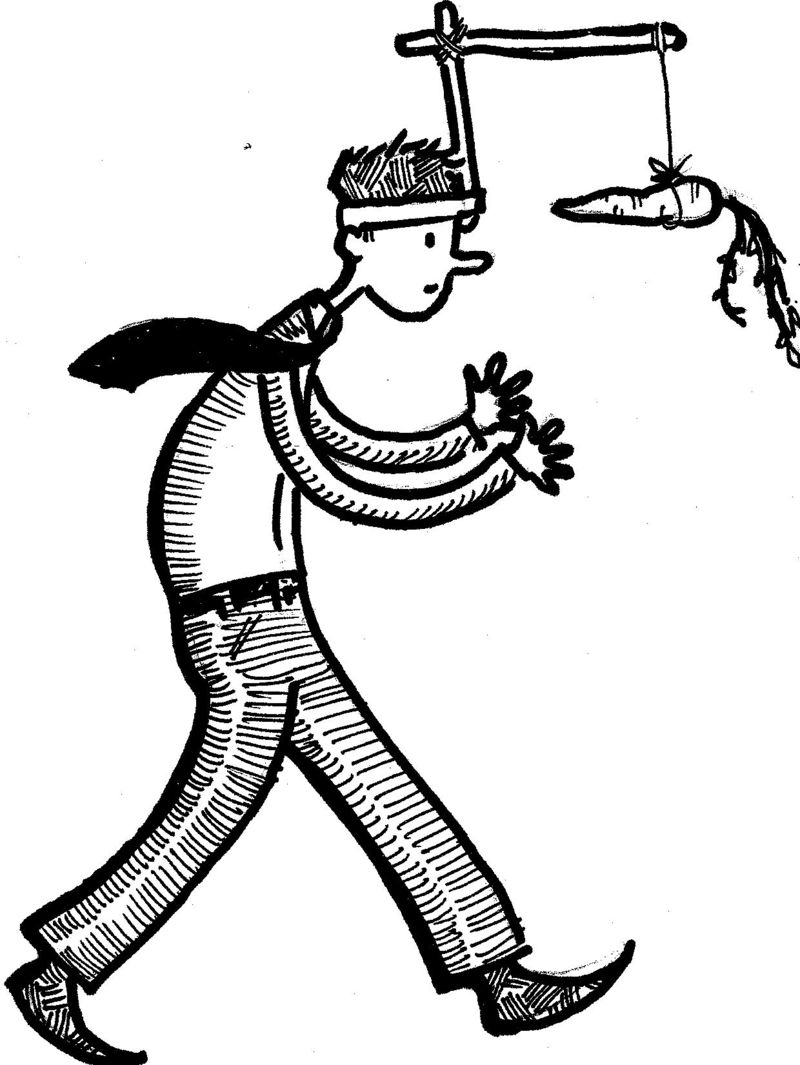 I love the idea of a man taping a stick and carrot to his head to give himself something to strive for; it’s an example of exquisite forebrain/hindbrain synergy. My upcoming sabbatical will be my fourth and I believe I have finally learned the lessons required to make the most of it.