Hello chaps. It’s been a long while since we had a ‘sabbatical’ themed post here so I thought it high time to bring everyone up to speed. The keen-eyed amongst you will have noticed that I am no longer in South America and are perhaps wondering why…

I also had ideas to ‘build more of a life’ there. I really wondered if I was going to love it and stay there long term.

I suppose I should write a longer post on Buenos Aires/Argentina but let me give a nano-precis here:

The main problems are:

I arrived and had a good first two weeks. I started studying Spanish (my Gammaness being shocked at how shit I was at it), then I started my CELTA course. The regular hours and deadlines did me good. To my amazement I started daygaming in a thirty minute slot at lunchtime and getting more sets done than I’d have ever thought possible. The little fake environment of a short term, worthwhile, study course, plus the daily incredibly vibe-building activity of English teaching (which really does build stupendous vibe and mesmer for the more narcississtic/charisma inclined of us) led me to start doing consistent daygame work.

Sadly, with little results. After 4 weeks I’d done about 80 sets and managed to fuck it up with a Venezuelan Yes-girl but reached the conclusion that Argentine women simply fall into the ‘timewaster’ category.

I finished the course and decided what to do. I remember standing on my balcony in Palermo, looking down at the bustling traffic and the tree-lined street, looking round me at Buenos Aires and thinking “what do I want?”.

My gut answered: “to not stay here”. It wasn’t right. It didn’t feel right. I had to admit to myself the answer: it just felt a little bit “running-away-ey”. I’d previously lived in China for three wonderful, escapist years and it had been the golden time of my life. Was I trying to recapture this? I didn’t want to live in that city for six months working to build a circle of friends and interests. I missed my family. I wanted to see friends right then. And all the talk of ‘circles’ and ecosystems just reeked of daygame avoidance. If I wasn’t going to stay in Buenos Aires, then there was only one real alternative: head to Colombia. So it was Medellin or…. or what?

Many an evening I spent on my balcony fretting and mulling things over. Finally I worked out categorically what I did want and it was simple:

go back to London.

The first moment this popped in my head it seemed like madness, after all I’d left there feeling it was a dirge. Looking back, however, I wondered how much of my negative feelings towards London had been due to my job slowly and surely souring my vibe as time went on. Also, had I perhaps psychologically ‘burned’ London a little more than healthy to get emotional energy to move forward? I guess I had, because when I imagined London but without a job grinding me down it didn’t seem bad at all! London could offer me this:

Once the decision was made I was back, living in London within 8 days.

I’m still very interested in South America. The life I want moving forward is Europe(ish) in the non-winter and then somewhere warm in the winter. I love Asia, but it’s weird and if you’re not careful the only women you end up banging are squalid Indonesian strippers from dodgy Singaporean nightclubs. South America has real women for sure, and after my very recent salcious encounter with a Brazilian girl they may in fact be a LOT MORE woman than western women.

I need a winter bolt-hole. Sunny, warm, with Sangria, Spanish lessons, perhaps salsa classes.. maybe do a little English teaching if I can be bothered. South America is absolutely going to get more investigation, starting again this winter. Current prime candidates are:
-Colombia (Medellin or Bogota)
-Brazil
-Mexico

However, much as I decided years ago to face the harsh realities of the sexual marketplace in Europe, rather than disappearing up my Gamma ass forever into Asia, I yet again realised that disappearing permanently to South America was, at this juncture, a bridge too far. The pain of doing a U-turn is nothing near the pain of making a massive fuck up.
London Life and Daygame

A couple of weeks in London and I realised with surprise I’d actually finally managed to make a right decision about something. Sure, my bank account is haemorraghing but aside from that annoying detail I am enjoying life here and my vibe is, for me, consistently promising. It’s not idyllic, far from it, but sure enough my sister’s adage “people make places” is true. Straight away I seemed to fall into a group of half a dozen or so random dudes in similar life situations. I don’t see them that much, now and again, but it’s enough. Once a week I go spend a day with my sister and my two year old niece and the dog, and my God that’s good for the soul.

I’ve beeing doing daygame, and just a couple of days ago ended a soul-destroyingly long drought by closing the aforementioned hot Brazilian girl. My fear-clock has been reset. Me, 40 years old and quite fat now, and her 27 and gorgeous. After last year’s sad tally of inner-game destroying shame-fucks this is a thoroughly welcome and revitalizing tonic. The Daygame Gods have not just given the dying man in the desert water, they have given him fine champagne.. 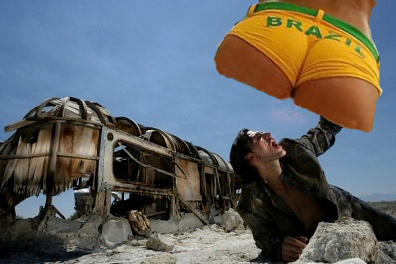 He rewards his most loyal acolytes.

Daygame here is tough. I should probably write a whole separate post on this but right now I’ll let you know quickly: it’s tough. However, whilst the actual daygame is harder than abroad, vibe maintenance (for me) is far easier here, so they cancel each other out. Daygame success is not about the hotness of the women on the streets: it’s about how many hot women you fuck.

I’ve been shockingly ill-disciplined since arriving in London. My productivity has been very low. There are two reasons behind this

1) I’m a terrible, terrible multi-tasker. Give me one task and I’ll obsess over it and get it done. Give me two, and both will take forever.
2) One of my tasks is daygame. This creates an emotional resonance which spreads like ripples into other aspects of your life. Game requires an emotional recovery period and has insiduous effects on the rest of your time: creating such side effects as woppery, moodiness, day-dreaming and fatigue. You can timebox daygame as “12 to 5 Saturday and Sunday” but believe me, the cost of doing that ten hours of daygame is far longer than that.

I made a great move by paying a lot of money to join the extremely posh gym beside my apartment. Cheap gyms are a false economy. Now I have a fanastic facility on my doorstep and have even started a lot of mornings going to the 7:30AM (yes, AM!) classes there as a way to kickstart my day.

I’ve done shockingly little work on my business, which given I now 100% do not ever want to return to the office is perhaps a sub-optimal course of events. As the coach says in Hotel New Hampshire: “Get obsessed, stay obsessed”. I think my only way out is regular mini-periods of obsession, to build up a head of steam. I have a new mate who, as well as helping me with TrT, is also giving me some great feedback on my business, and even he’s been shocked by my sloth, although I’ve perhaps not made clear to him the generally distracting effect of intermittent daygame on one’s life.

Now I have someone giving me input on my ideas, I feel more accountable, and bar the last week’s sudden excursion to close the Brazilian I am on the cusp of turning this around.

This is all very rambling, so I’ll finish by talking about mindset. What interests me recently is “realness”. It fascinates me how notions can at one point be to you no more than fluff, yet years later be solid as rock. What exactly happens? As I tell my (inner game coaching, believe it or not) clients, the brain seems to work like layers of lasagne. New ideas lie on the surface like a marble and with time they sink down to the bottom. For most guys new to game or the Red Pill, the ideas they have about how they want their life to look feel a bit fluffy and lightweight. They doubt them. I tell them their job is to make them real as quickly as possible, by a variety of psychological tools.

It’s happened to me. A year ago I was confused and stressed about my direction, yet now I am not. I know EXACTLY where I am going and it feels absolutely 100% real. In fact, the thought of returning to an office job and living that life seems PREPOSTEROUS.

It’s hilariously true, but changing your standards is the first step in getting what you want: it lets you kind of bludgeon the world into your frame. I know exactly what my life will look like, and I can tell you succinctly here:

That really is it. In a year I will be 41, working an hour a day and having my life to myself, and probably having more success with women that the average 25 year old man. I fail to see why this would not happen. It feels done already.