“I wish I wish I wish” says the newly engamed chode, “I wish there was just a pill I could take to push all this stuff into my brain”. This was me, several years ago. I’d taken the red pill, and my god it was a bitter pill to swallow. My head was reeling. I’d just gotten into game to learn some tricks to pull girls, and my world had turned upside down. Trying to reforge your identity age 35 is like trying to free an ocean liner trapped in ice, by pulling it with a chain between your teeth.

The greatest thing I ever learned through game and the red pill was the rude model of the duality of the human mind: the Elephant and The Rider. The synthesis of animal and conscious voice in one. As Karl Pilkington pointed out in his deep observation of forgetting an onion, the human mind is not one thing. It is a conglomeration of systems. At the roughest level you can regard your conscious, logical self as the forebrain (the rider) atop a large, powerful, primitive and stubborn creature of habit and animal urges (the elephant). And thus we learn the mechanics of ‘believing’ something deeply: you have to get that belief from your forebrain into your hindbrain. The problem is, changing the course of an elephant is not that easy.

Another model of the brain I’ve found very useful is to consider the brain a lasagne. Bear with me.. So a lasagne consists of many layers of pasta ontop of each other. Let’s say it’s a preposterously deep lasagne indeed and has ten layers of pasta. 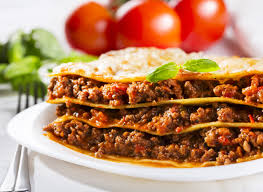 I like to consider the forebrain as the first few layers and the hindbrain as the bottom-most layers. New concepts are like warm marbles. You drop them on the top of your lasagne and as they lie on the crust they are just concepts that you are mulling over. When they pierce the crust they are concepts your logical forebrain has accepted, but they are far from reaching the hindbrain. Only with time will they sink to the bottom-most layer.

How do people change their beliefs? Time. Repetition. Example. And more time.

It’s called Psilocybin, and is the active constituent of magic mushrooms and magic truffles. I first took magic truffles a long time ago and the positive effects were life-changing. Out of ignorance and fear and a badly managed bad-trip, I stayed clear of them until a couple of years ago. I was in a bad place. My inner game was awful. I was stuck. I was in a rut. I was depressed, I was binge eating, I felt my life was a joke. I had so many new beliefs and thoughts vying for attention. Game had somehow gone wrong. I’d expected to learn some pickup lines and instead I’d had a red-pill breakdown. It was a joke. I wanted something to change, I wanted to be jolted out of my rut.

And then I remembered ten years earlier taking magic mushrooms. I decided it was worth what I then thought was ‘the risk’. I bought them online. I sorted out my affairs. I made sure my finances were easily understandable. I spent extra time with my friends a few days before. I genuinely thought I could die. You see, I knew by then what mushrooms do: they break down the barriers between fore and hindbrain and they disconnect your ego. They trigger a brutal internal audit of your personality and all the small lies you tell yourself to get by are, when under the influence, no longer tellable. It’s like lying naked in a desert, alone for miles around, with the baking sun of truth beating down upon you. You sink or swim; either you find your inner strength or you have a six hour nightmare trip which I guess for individuals fucked up and toxic enough could easily result in suicide.

At this point I thought I hated myself. I didn’t know what I thought. I thought perhaps my hindbrain hated me. I remember staring at the packet of brown lumps and thinking “this is it, sink or swim”. And then I remember thinking “fuck it. If I hate myself then I deserve to die anyway”.

In the end I accidentally overdosed (45 grams) and had six hours of mind-blistering spiritual voyage and hallucination. I writhed on my bed, sweating and jabbering in the dark. I hallucinated my hindbrain, as myself, coming and sitting beside me and talking to me. It turned out he loved me, not hated me, and it was a profoundly spiritual and moving experience. All my thoughts were put in order. I knew who I was and where I was going and after the trip I’ve never been quite the same again.

For me, Psilocybin grants me temporary increased communication between fore and hindbrain. It disconnects my ego and makes it impossible for me to lie to myself as I strain to put my thoughts in order. Furthermore, to some extent, the ’emotional brain’ which women have full access to is brought much more online during the trip (or perhaps the logical brain is just diminished) and as a nerdy slightly aspies male who struggles to read people, I’m granted what seems like a telepathic ability to interpret and understand people. It’s like being given a crystal ball: I can suddenly see the intent in everyone and work out what they’d do in all manner of situations. The day after the above trip I went to my dance class, looked in the eyes of a girl and knew it was on. I took her for one date and layed her.

Psilocybin is a wonderful, powerful, life-changing drug and it’s criminal that research into it has been stigmatized for so long. I swear that an enormous number of people with depression and psychological issues could be cured, fully and permanently by one single six hour trip.

I use Psilocybin sparingly, but will probably slightly increase my usage. I need to become more disciplined and conscientious about my drug usage. Whenever my life is in a rut (identifiable by certain binary signals, more on this in a later post) or I’m depressed, it would do me good to consider a not too frequent dose of les truffles extrordinaire. It’s a hard reset. It’s like rebooting a Windows machine that has gone slow. It jolts me out of a rut and it gives me a small window where I can look in on myself and perfectly assess where I am mentally. Normally fish can’t look in on themselves swimming in their goldfish bowls. On mushrooms, they can; it’s like holding a mirror up for them. 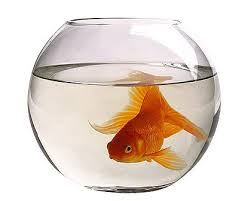 I dunno.. I just feel something’s holding me back.

A word of caution: everything boils down to action. You need to take action: quantifiable, measurable action, otherwise you’re wasting one of the greatest gifts you’ll ever be given. You don’t do truffles for recreation: it’s a waste. You don’t do them regularly. Too many people I’ve seen get psychologically addicted to the feeling of seeing everything clearly and having all their thoughts sorted, but fail to make any changes. They become serial hallucinators. If your trip really shows you what needs to be done, then why are you tripping all the time?

You have been led to the water. If you are thirsty, then drink if you so wish.